Last week the CIPD ran a headline suggesting that ‘half of current occupations won’t exist by 2025’. This announcement follows a lot of recent talk proposing the idea that we are rapidly approaching a workplace revolution where a significant number of jobs currently done by human beings will be replaced by robots.

I have since spoken to people, largely senior to middle management in knowledge-based industries, to get a sense of what they think about this impending revolution. Mostly, they were deeply skeptical and certainly weren’t worried that their job was under any threat.

I emerged from the conversations thinking that they were dead wrong not to be worried. After a little bit of additional research I began to come to the conclusion that the majority of us are sleepwalking into a future that we are totally unprepared for.

For a quick introduction to the seriousness of these issues watch the short video below. I defy anyone who spends 15 minutes watching this piece to emerge still feeling complacent about the advancing technologies and job security.

We are already seeing huge changes in the way the labour market is working:

It is in this context that we are beginning to experience rapidly advancing technology that threatens to take over every job, from the mundane and routine to those involving higher-level cognitive and decision-making activities.

Less than 10 years ago the dominant view was that computers would never be able to replicate human perception. A common example used to prove the point was “driving a car”, where the level of complexity of decision-making involved was regarded as a threshold beyond which computers could not cross. Now we are on the brink of a revolution on our roads with the introduction of Google robots that will replace what we currently understand as our cars. It doesn’t seem unreasonable to predict that in 10-15 years time everyone currently employed in any role in the transport industry will be redundant as robots take over. No one will drive a car anymore. No human being will deliver our package from Amazon (driverless truck, on-board drone dropping the package on our porch). No more truck drivers. No more cab drivers. No more train drivers, pilots, ship captains?

If technology can replace human decision-making across the sweep of our transport and global logistics infrastructure then I can’t think of a job that technology can’t begin to replace. Doctors, lawyers, architects, accountants and many more, are all vulnerable to being substituted by expert systems that can process, analyse, report and act on data much faster and with significantly less error than people can.

The more one digital process technology can talk to another digital process technology the smarter the overall system gets, quickly being able to do things that teams of humans simply cannot do. This is one reason why driverless cars will take over, because they can talk to each other, make decisions faster than humans and therefore be substantially safer even when moving at very high speed.

If feels to me that the vast majority of people involved in business are critically under-prepared for the impact that rapidly advancing technologies can and will have on the shape and character of our labour market -  and, in turn, on the shape and structure of our companies and the global economy. 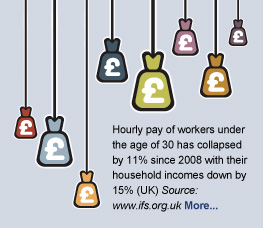 Over the years I have read so many articles discussing the future of the HR profession. Perhaps its time to start considering that the future of HR could well be a robot managing the well-being of lots of other robots.

Look out for Part 2 of this blog coming soon, where we we build on the idea that automation, whilst inevitable, is not necessarily bad news:

The source of the CIPD headlines was this report from consulting firm CBRE and a property developer based in China called Genesis.

The source of the data and the research behind it was actually done by the Oxford Martin School on the Future of Employment in this study completed last year.

A pdf of Frey and Osborne’s Sep 2013 paper can be downloaded here for those interested in their use of the Gaussian process classifier to make estimates of the number of jobs that might be susceptible to computerisation.